August 19, 2020 Rob Kelly No Training Wheels Comments Off on In Formation 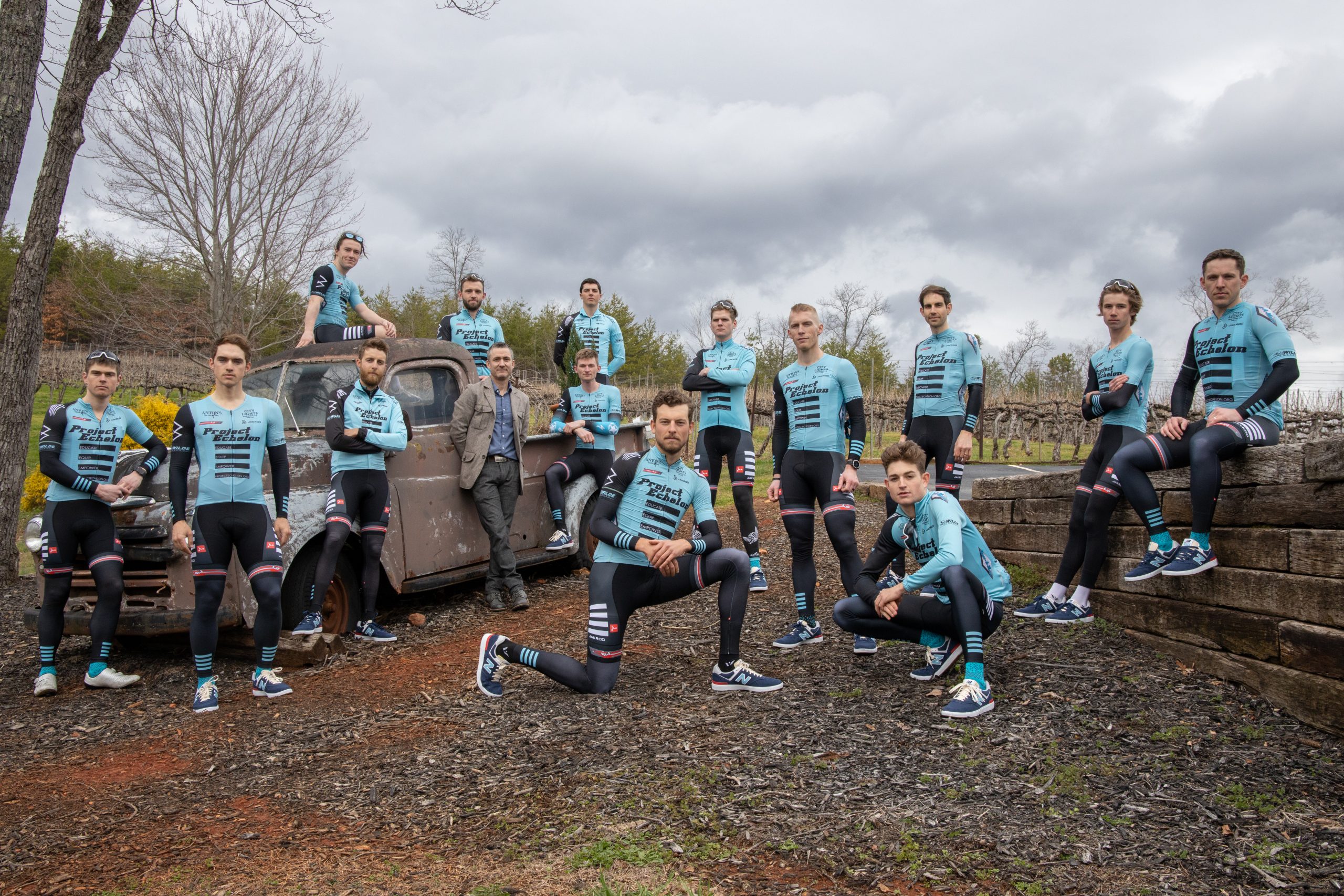 Everyday 22 veterans commit suicide in the United States. It’s a sad reality that has plagued our nation for far too long. In the absence of comprehensive public assistance programs, private citizens and organizations have stepped up to provide much needed services to this community. Enter Eric Hill of Project Echelon. After a veteran friend of his made his third attempt at suicide Eric acted to create a program to help veterans confront the emotional and psychological struggles they face through physical activity. At the same time he created an elite cycling team to help spread the message beyond Wisconsin and the Midwest. Thus was born Project Echelon the team, and the foundation.

Move forward 5 years and that team is now one of the best in the country and poised to start European campaigns in addition to their domestic schedule. This is where Zach Gregg comes in, already a collegiate national champion, and at 27 years old, at the beginning of an incredible career in bike racing. Zach’s rise in the sport mirrored that of his new team, coming from obscurity in 2016 to winning the general classification this year at The Tour of the Southern Highlands, he has quickly become a leader on Project Echelon, by his actions.

But when Covid 19 brought the in-real life season to a halt. Eric, Zach and Project Echelon went online into virtual racing where they have fundamentally altered its development.

And check out WattBike to get your very own Atom, the indoor training bike that is revolutionizing the way we prepare to be our best.