March 5, 2018 WAP Bot All Podcasts, We Got To Hang Out Comments Off on Episode 36 // JoAnn Schinderle (Comedian) 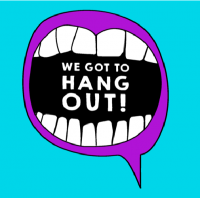 JoAnn Schinderle joins us for this episode to discuss her path to stand up comedy, the culture of comedy in Portland and her own observations of what it's like to be a stand up comedian. She was named Portland's Funniest by the Willamette Week in 2017 and a finalist at Portland's Funniest Person's Contest hosted by Helium Comedy Club in 2017. Go see her show, Control Yourself at the Alberta Street Pub every Sunday night! Thanks JoAnn <3