September 25, 2016 WAP Bot All Podcasts, The Myerson Line Comments Off on Episode 10 with Bobby Lea 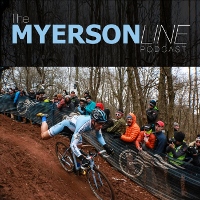 This episodes guest is Bobby Lea.

Bobby is an accomplished American road and track racer that just returned from the Rio Olympic Games competing in the omnium on the velodrome. Bobby also tested positive last year for a banned substance.

The Myerson Line by Adam Myerson features discussions with the cast of characters Adam has crossed paths with during his long career. The discussions and the guests on the show promise to be wide-ranging, and engaging. Follow the Myerson Line.